“It’s just getting that lucky break isn’t it?”: A misconception about the music industry

“It’s just getting that lucky break isn’t it?”
This question is usually followed by “have you tried X Factor?” But that’s for another discussion…

While I completely respect the sentiment behind this statement, I find it problematic for a few reasons. It fails to notice a change in the way the music industry now works and can actually hinder a musician’s progress.

I think I can explain it in three simple points.

1. It leads people towards the pursuit of a holy grail

If you’re a musician, you’ve probably spent some time thinking about “the big break”.

You’ve probably dreamed of playing packed rooms, full of adoring fans just like your role models. I know I have!

‘Making it’ in music is a subjective thing and many people would say being a professional musician, working in the industry is a form of making it. Others would say, that international stardom is the measure of having ‘made it’. But it’s obvious to anyone that the latter is a far more difficult goal to achieve. The pursuit of something that happens to a handful of people in a generation is a tough life choice. But there are ways to make chasing that ambition easier.

Believing that you will one day receive a big break that changes everything, is counter productive and can impact on your self-belief. The longer that break takes to arrive, the more your drive and enthusiasm can suffer. The pursuit of a big break even leads musicians to compromise their integrity and commercialise their songs. Eventually, they can find themselves losing the passion for their art altogether.

It’s a sad reality that for most people ‘the big break’ will always be a holy grail that can’t be reached. So what can you do about that? My advice is to keep the dream in the back of your mind and to remind yourself that every journey can be made in baby steps. Just concentrate on that next hurdle.

It’s far more productive to turn your attention to short-term goals. Playing that first gig, then playing a bigger gig and then writing this many songs. Next to Spotify playlists, then to local radio and making industry connections. Before you know it, you’ve come further than you ever thought possible.

Which leads me on to this next point…

2. A break, by definition, is to receive a rest from work.

Catching a lucky break implies that you need to wait to be discovered. There are no shortcuts to becoming a world class music artist. The old saying that it takes ten years to become an overnight success is true in music as well. A recent example might be Catfish and The Bottlemen, who played hundreds of gigs a year and sacrificed having a personal life for years in order to find success. Hundreds of hours go into building an artist’s profile and in today’s world, those hours are put in by the artists themselves.

It’s true that the music industry no longer works in the way that your parents may remember it. Once upon a time, record labels would sign up hundreds of acts a year, presuming that something would eventually stick. Due to the internet and a global reduction in record sales, major record labels are now more keen to sign up fewer acts into 360 deals that allow them to maximise profits on just a few artists.

However, the good news is, that it’s never been easier to build a fan base for yourself! The internet has made sharing music and ideas easier than ever before. Independent artists these days are not only the people who make the music. They’re their own promoter, manager, agent, film-maker, stylist etc. Having that control means that musicians don’t have to wait for anybody, they can build their career from the ground up.

So in order to earn ‘a break’, if you ever want one, you’ll have to work hard. But, if that sounds stressful, I have more good news in the final point… 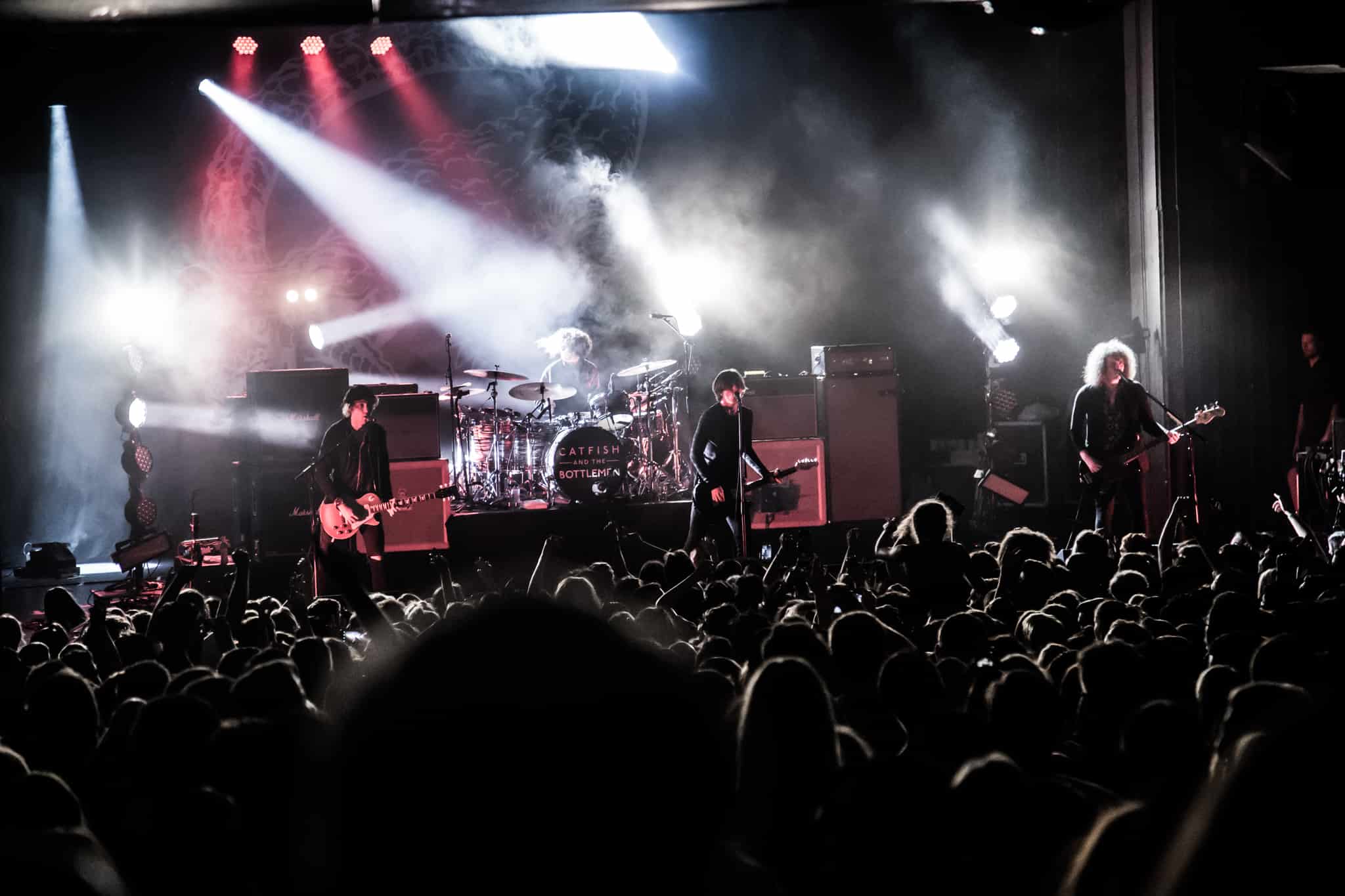 Catfish And The Bottlemen – Live In Sydney

3. It’s not about one break, it’s about several…

If you’re a musician, I hope you will find this point the most reassuring!
As I mentioned earlier, every artist who has become successful seemingly out of nowhere will tell you that it took several years for that to happen. While some will point to a defining moment that changed everything, many others will say a series of events helped them end up where they are now.

I’ve mentioned already that focusing on short-term goals and having a good work ethic can be really beneficial to your progress but what affects your mental positivity more than anything else, is the little wins.

I met a young singer-songwriter in Liverpool who grumbled about the fact that Ed Sheeran’s Wikipedia page talked about him releasing some home-made CDs, then he went on to release his debut album with Atlantic Records. Not much guidance to be gleaned from that…
But of course, the article leaves out every small gig Ed performed, every promoter he tracked down, every musical collaboration he started etc.

Filling your musical CV with these small successes can be one of the most rewarding parts of an artist’s journey. It gives you experience and makes you appreciate the big opportunities when they arrive.
If you never reach the heady heights of Wembley arena, you can still look back on all the gigs you did, the endorsements you received, the CDs you sold, the friends you met, the connections you made and you’ll feel that it was all worth it.
Then you’ll be very glad that you didn’t just upload two songs to Soundcloud and wait to be discovered.

So one more thing…

What are you getting at Chris?

My reason for talking about this subject is not to cast doom and gloom over the state of music, the industry or a young musician’s chances of stardom.
I’m actually trying to do the opposite.
I want to empower musicians and music fans, to say that the ability to make something incredible happen is all in your hands.

Whether you’re a musician or a music fan, the key is to support artists now: buy their CD, go to their show, donate to their crowdfunder.
You can be part of the next big success story! And end up correcting people who wrongly assume it happened with ‘one lucky break’…

If you’re wondering where to start, these unsigned artists have all released singles this year and I have had them playing in my car or office while I work.